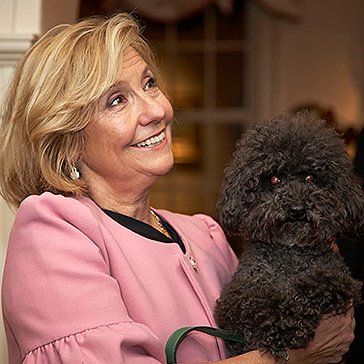 Ms. Lesavoy seen here with Avec's Chairman of the Board, Chloe.
Get in touch with
Nina

Nina Lesavoy is the Founder of Avec Capital. She has spent nearly thirty years in the investment management business. Her career encompasses the marketing and sales of a range of investment products to institutional investors. Her focuses have included private equity and alternative investment funds, in addition to other classes of equity and fixed income products. She spent thirteen years with investment management firms including The Putnam Companies and Invesco (formerly Chancellor LGT Asset Management).

As Head of Sales and Client Service at Chancellor Capital, Mrs. Lesavoy developed one of the industry's premier sales and client service groups comprised of 25 individuals. From 1990 to 1995, her team brought in 200 new institutional relationships and serviced the needs of over 450 clients. In 2000, after working for the CEO of Invesco Institutional, Mrs. Lesavoy joined InvestorForce, an institutional investment technology enabling company, and was instrumental in its development both as an early founding shareholder, as well as supporting the capital raise of $72 million. In 2003, Mrs. Lesavoy co-founded Cue Capital, which successfully advised a range of private equity and alternative funds. With the founding of Avec Capital, Mrs. Lesavoy focuses on personally investing in and assisting emerging PE, VC, and Real Estate funds with differentiated skills and strategies that look to access institutional and high net worth investor groups.

Mrs. Lesavoy is an Independent Director on the U.S. SEI Mutual Funds Board, whose assets under management are approximately $100 billion. SEI U.S. Mutual Funds provide a solution based manager of manager program for institutions globally. Her charitable involvements include New Heights, an organization founded in 2001 that uses inner city youth’s excitement and talent on the basketball court as a means to focus their attention on values and skills that stretch beyond athletic competition to find success in other areas of life, including education and career development. She is also a supporter of the Financial Futures Foundation, a non-profit organization founded in 2007 with the purpose of identifying, nurturing, and motivating minority or female students who may have career interests in the field of financial services, but lack exposure to the industry. Mrs. Lesavoy also sits on the senior advisory board of The Toigo Foundation. The Toigo Foundation, founded in 1987, provides minority students interested in the asset management business scholarships to the major business schools in the United States.

Mrs. Lesavoy joined the NMS Advisory Board in January of 2005. NMS is a conference group specializing in education on investment opportunities to the endowment and foundations community. Mrs. Lesavoy is a founding member of PE WIN. She is a member of the Duke alumni association and remains very active with Duke University. She served on the Trinity College board of advisors for two terms. Mrs. Lesavoy also participates in the Stanford University Fiduciary College, training pension fund trustees and staff on important fiduciary and ethical issues. She holds the Series 7 and 63 registrations with FINRA.

Mrs. Lesavoy is a native New Yorker. She attended The Brearley School for 13 years. She received a bachelor’s degree from Duke University in Management Science and French Studies.

Ms. Lesavoy seen here with Avec's Chairman of the Board, Chloe.
Get in touch with
Joe

Mr. Vet retired from Avec Capital in 2015 but continues as a Senior Advisor for the firm. Prior to joining Avec Capital in 2008, Mr. Vet was a Managing Director of Cue Capital, LP for three years. Mr. Vet performed due diligence on funds the placement agent was considering representing. In June 2005, Mr. Vet retired after almost 30 years from the NYS Teachers’ Retirement System, an $85 billion defined benefit public pension plan. Starting in with NYS Teachers’ in the mid-70’s, Joe held several positions, including Finance Officer, Division Manager (responsible for Finance, Human Resources and overseeing the System’s budget) and the Executive level position of Director of Internal Audit. He was appointed to the Executive position of Securities Investment Officer in 1998 which he held until his retirement. In this position, he was responsible for over 85% of the System’s assets, including investments in fixed income, international & domestic equities, and private equity. He also had responsibility for asset allocation, manager selection and monitoring outside managers. Mr. Vet rejuvenated the System’s interest in private equity and took the program from $100 million in commitments in 1998 to over $5.3 billion of committed capital by early 2005. Re-starting from the ground up, Mr. Vet developed a strategy to enhance the program by developing an internal professional staff, establishing a process to identify potential fund investments, performing due diligence alongside staff and working through an approval process with the Retirement Board. Beginning with a modest 3% target, the program is now on track for a 7% allocation of assets. Investments include direct fund investing, secondaries, buyouts, venture capital, domestic and international funds. The team reviewed almost 50 opportunities each quarter which ultimately generated between two or four commitments per quarter.

Mr. Vet received his B.S. with honors from Bryant College in Providence, RI, and is a Certified Public Accountant (CPA) and Certified Employee Benefits Specialist (CEBS).

During his career, Mr. Vet was active in the Government Finance Officers Association (GFOA) for over 15 years and served on the GFOA’s National Committee on Retirement and Benefits Administration, chairing the committee’s Accounting Subcommittee. He was an active member in the GASB Pension Task Force and functioned as an advisor for GASB Implementation Guides. In previous roles, he was active in the Association of Public Pension Fund Auditors (APPFA), serving as President (1997-1998) and as a Member of the Board of Directors. Mr. Vet is a frequent speaker at well-known public and endowment conferences on various investment related topics, including private equity. He holds the Series 7, 24 and 63 registrations with FINRA. 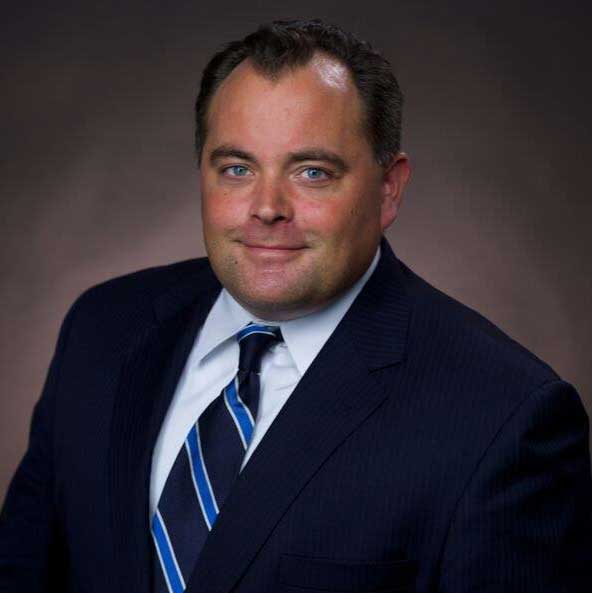 Ms. Lesavoy seen here with Avec's Chairman of the Board, Chloe.
Get in touch with
Michael

Mr. Reist lives in Rye, NY with his wife and has his hands full with three girls and a dog.  He is an avid soccer fan and tries to find a match in London whenever he can.  He serves on the Investment Committee of The College Board. He is a CFA charterholder.

Ms. Lesavoy seen here with Avec's Chairman of the Board, Chloe.
Get in touch with
Amanda

Ms. Havriluk, a graduate of DePaul University in Chicago, began her finance career on fixed income trading desks in both Atlanta and New York.  At Avec, prior to joining Nina on the distribution side, Ms. Havriluk managed the fundraise process for Avec’s clients, including the monitoring of investor communications and focused on improving the operational aspects of the company. As of January 2016, Ms. Havriluk has worked closely with Ms. Lesavoy on business development activities.  She holds the Series 7 and 63 registrations with FINRA. 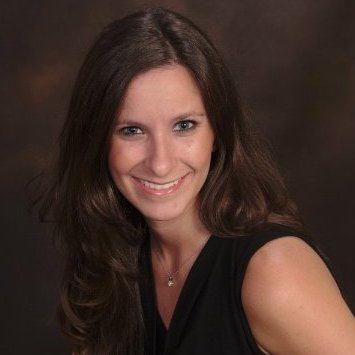 Ms. Lesavoy seen here with Avec's Chairman of the Board, Chloe.
Get in touch with
Johanna

Johanna Gregory joined Avec in October 2016 as Office Manager. She is responsible for the daily operations of the company and project management, as well as marketing and business support. She came from at H.I.G. Capital where she supported the middle market investment team and also worked with the director for European investor relations. Ms. Gregory began her career at the American Council on Germany as Program Manager, where she developed and managed programs and conferences, as well as grant proposals and reports. Prior to this, Ms. Gregory spent a year in Northern Germany on a Fulbright Scholarship. She earned a bachelor of arts with honors from Connecticut College, with a double major in German Studies and European History. While at Connecticut College, she was a selected scholar of the Toor Cummings Center for International Studies and the Liberal Arts, during which time she completed a three-year integrative research project on German constitutional law and spent two semesters at the University of Tübingen. She also holds a Certificate in Fundraising from New York University’s George H. Heyman, Jr. Center for Philanthropy. Ms. Gregory is active with her class reunion committee at Connecticut College. She also serves as Secretary of the Board of Directors for Notes for Change, Inc., a non-profit that aims to increase access to music education for underprivileged children. She grew up in Montclair, New Jersey and graduated from Montclair High School, but spent her senior year at Stenner Gymnasium in Iserlohn, Germany.